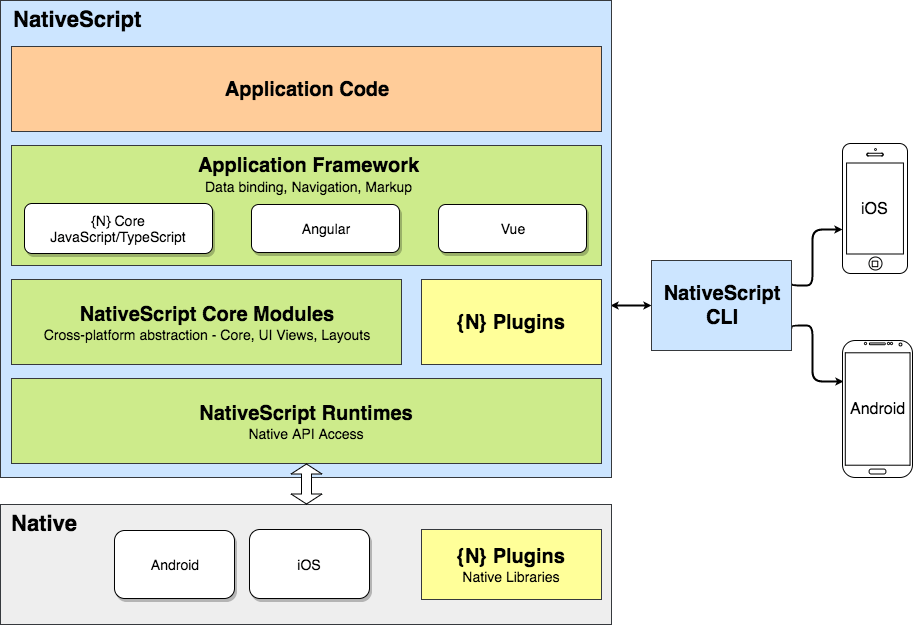 The Core Modules are there to provide the abstractions needed to access the underlying native platforms. Take the Gestures module for example. It defines a common JS API that translates application TypeScript/JavaScript code into native gestures APIs calls (thanks to the Runtimes).

Another thing the Core Modules provide is a basic XML-based way for defining UI, data-binding and navigation. Along with it, Angular and Vue.js can be used as Application Framework technologies. Read more in the Modules documentation.

It is the command-line interface that lets you create, build, and run apps using NativeScript. The CLI runs on Windows, macOS or Linux, and you can find more information in the NativeScript CLI repo.

The NativeScript plugins are building blocks that encapsulate some functionality and help developers build apps faster (just like the NativeScript Core Modules, which is a plugin). Most are community-built, written in TypeScript/JavaScript. Some can include native libraries, which are called from the TS/JS code thanks to the Runtimes. You can find more information in the Plugins documentation.